Dr. Jean Orelien on His Vision for SciMetrika: Turn Lemons into Apples Recently SciMetrika co-founder and CEO Jean Orelien took the time to discuss his career with Sumus CEO Jim Baker. What emerged was an intriguing look at a scientist and entrepreneur who—during the course of growing his business over the years—transformed from a self-described “lone wolf” to a genuine collaborator.

When asked about his loner tendency early in his career, Jean 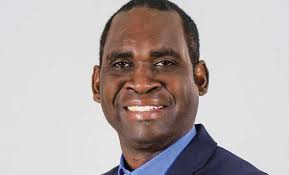 responds: “I grew up in Haiti–in an environment of constrained resources. Probably the defining moment in my life came when I was six years old, when I asked my mother what we would eat later. She told me to not worry about later and eat what’s on your plate right now.” This experience defined Jean as driven and passionate, and served as an impetus for driving him to achieve in school—ultimately earning an MS in Statistics and then a PhD in Biostatistics.

After graduate school, Jean spent several years working in clinical research companies before the spark came for starting his own business. “As a Program Manager at Constella, I had a 100% success rate on proposals,” he explained. Continuing, he says, “I realized I had something to offer. The existing business model was to go after everything without discipline. Right from the beginning, we wanted to be focus and discriminate ourselves—with measurable science.”

SciMetrika was successful from the beginning, but things certainly did not play out exactly as Jean envisioned. He recalls, “We thought it would be more data driven–more quantitative, but it turned out to be focused on science, technical expertise, and technology. We are now family of companies working on projects ranging from the cell to the general population.”

Jean learned a lot about business over time, and learned much about himself as well. He remembers: “In the beginning, you do everything—it was hands on. I worked on projects, installed computers, and went after more work. Later I worked on a portfolio of projects. Now it is more strategy and vision, maintaining relationships and growing new ones.” As Jean moved farther away from day-to-day operations, he realized that the lone wolf drive that helped him succeed as a student, manager, and entrepreneur was “not good for growing his business—nor for his own growth. He states plainly: “It was hard to let go of what got me there in life.”

By realizing his limitations and beliefs, he now sees his team as partners. He says, “I know them, depend on them, and trust them. I seek collaboration now. I want to engage people as friend, family member, and citizen.”

SciMetrika boasts an environment that fosters continuous learning and cooperation, not to mention a culture of health. Jean says, “We are looking to create a healthy world so we have to care of ourselves—from getting massages to providing gym memberships to eating right. Our HR Director looked at best practices and made it happen. I had nothing to do with it—was completely independent of it. Consequently, we have been recognized by the CDC as a company to emulate for our wellness programs.”

Jean’s ultimate purpose is to turn lemons “into apples” (and not lemonade!) He explains: “I use lemons as a resource to help people see what can be instead of what is.” This visionary attitude probably comes from Jean’s optimistic views on human potential. He concludes: “There is only one of you and there will never be another copy in the universe so do something that would not have happened without you.”