Life After the Sale 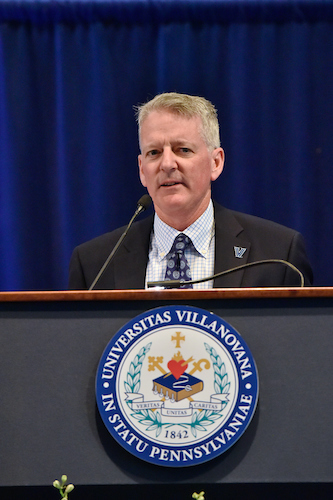 There was a time Terry Delaney would have dinner in his office with his family and set a clock to ring after 25 minutes, beckoning him back to work. That was in the 1990s when he was establishing his health insurance benefits company, which he continued to build for years, toiling long hours and forsaking any after-work interests or hobbies.

Fast forward to 2012 after Terry sold the business, ended the workaday grind and, heeding his wife Helene’s advice, took the courageous step of pausing his career to spend the summer, watching the waves break on Block Island’s shoreline. Doing so enabled Terry to disconnect fully from the corporate world, giving him the clarity and inspiration to figure out his next move … reinventing himself as a business consultant, advisor, and mentor. Since then, Terry has networked and connected with people in many different industries and on many different fronts, providing them with practical advice, connections, and counsel.

In an interview with Sumus CEO Jim Baker, Terry talks about life after the sale of his business and offers insights into what it takes to switch careers. Key among them, he notes, are that integrating work with life is essential and building strong relationships is based on finding common ground with others.

Transitioning from corporate guru to entrepreneur, this husband, father of three, and marathon runner, thrives in his new role by relying on his experience. He explains: “I have seen the evolution of the industry and can see where bigger changes are needed to improve the future of health plans; and correspondingly, to the bottom line of companies.…” Since his business knowledge extends to other industries, Terry says he also advises entrepreneurs on how to create a suitable business plan when launching or expanding their own business.

Building relationships is how Terry landed the position of President of the Alumni Association Board of Directors of Villanova University, his alma mater. He seized that opportunity and never looked back. The role launched Terry on a new career path that showcased his broad business acumen and expertise and led to his becoming an Ambassador to the university’s BRIDGE Society. Both groups help alumni and current students develop relationships and network. He is also a philanthropy spokesperson for the university and a founding member of Villanovans in Healthcare, a professional development group that advances healthcare leadership through collaboration.

Terry also works as a mentor and strategy specialist for Blueprint Health. This startup accelerator program in New York City supports entrepreneurs who are building companies that marry health with technology. “I suggest strategies to the founders of the startup companies involved in technological solutions for patients, providers, and payers to help them grow their businesses,” he adds.

To be sure, Terry knows how to grow a business. After he graduated from Villanova in 1983 Terry secured a job selling health insurance benefits. As he advanced into management, Terry quickly realized that he wanted to start his own business, “to get closer to the clients.” With that in mind, he joined forces with three colleagues and their company, RSI, flourished through 2008, when they sold it to Arthur J. Gallagher & Company, just one “lucky” day before the market collapsed. Terry remained with Gallagher for four years until that fateful summer he spent on Block Island, relaxing, unplugging, becoming “Chief Opinion Giver” to his now grown children, and respecting his wife’s routine. Selling the business and realizing he didn’t have any hobbies, convinced Terry to change careers and have fun, which he has achieved.

What success strategies does this self-proclaimed “luckiest man in the world” have for aspiring entrepreneurs? “Develop other interests, learn to get out of your own way, be disciplined, and seek physical, mental, and spiritual balance in life,” notes Terry, who has run 10 marathons. He says the Boston Marathon is the most exhilarating race because when crossing the finish line, like successfully reinventing yourself, “you feel like a rock star.”